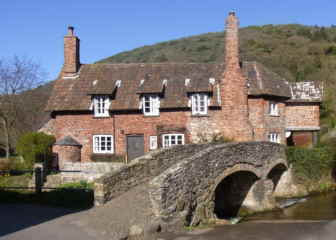 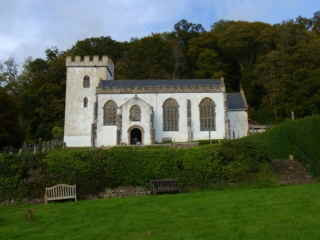 Derrick Bott (Clerk)
Tel: 01643 224045
Email: angelabottderrick@gmail.com
Selworthy is a small village and civil parish 5 kilometres from Minehead, Somerset.  It is located within the National Trust’s Holnicote Estate on the northern fringes of Exmoor.  The parish includes the hamlets of Bossington, Bratton, Tivington, Lynch, Brandish Street and Allerford.

At 308 metres above sea level Selworthy Beacon, rising above the village, is one of the highest points on Exmoor.

Bossington is separated from Porlock Bay by a shingle beach, through which flows the River Horner, forming part of the Porlock Ridge and Saltmarsh site of scientific interest.  The village is on the South West Coast Path.  The village and surrounding Holnicote Estate was given to the National Trust in 1944 by Sir Richard Acland, having passed down through the Acland family for nearly 200 years.

The Parish Council has responsibility for local issues, including setting an annual precept (local rate) to cover the Council’s operating costs and producing annual accounts for public scrutiny.  It falls within the district of Somerset West and Taunton, which was established on 1 April 2019 and is responsible for local planning and building control, local roads, council housing, environmental health, markets, refuse collection and recycling, cemeteries and crematoria, leisure services, parks and tourism.